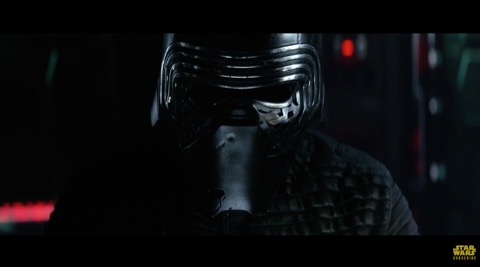 Listen, it’s the bye week, so we’ve got some time to kill. So you know what you should do? You should watch this damn Star Wars trailer, okay?

Or watch it again if you’ve already watched it.

It debuted during halftime of Monday Night Football, last night. And we’ll forgive you if you didn’t watch that game because really, who gives a flying fuck about the New York Giants or Philadelphia Eagles?

More importantly though, it’s Star Wars. And more importantly than that, this trailer was cut by my boy Aaron Druckenbrod. He also brought me a Star Wars: The Force Awakens t-shirt last night, so I will be dorking it the fuck up in my new Stars Wars t-shirt today.

But anyway, thank god George Lucas turned this franchise over to J.J. Abrams. No Jar Jar Binks bullshit in this movie.

But you know what is in this movie?

Only the baddest motherfucker in the galaxy, Han Solo!