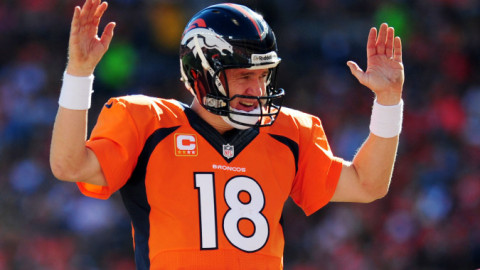 Green Bay Packers at Denver Broncos may very well turn out to be the most expensive ticket in the league this year, at least until the Packers play the Bears on Thanksgiving.

The Denver Post is reporting tickets in the lower bowl going for between $1000 and $3300 per ticket and upper deck tickets ranging from $360 to $800 per ticket. Their data is from Ticketmaster.

Face on these seats are $180 for lower bowl and $50 for upper end zone, so that’s obviously quite the markup.

There are a number of things going on here. It isn’t just that the Packers are in town, although that’s obviously part of it.

You’ve got two 6-0 teams, as well. So it’s a desirable matchup regardless of who’s playing.

But these prices were getting out of hand early in the season. That’s because the Broncos decided to induct owner Pat Bowlen into the team’s Ring of Honor during the game. They’ll also have members of the 1997 Super Bowl champs on hand.

We’re quite content watching from the comfort of our homes.