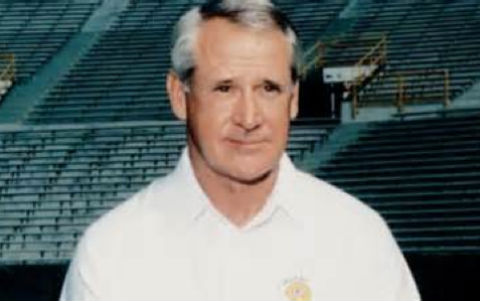 Former Green Bay Packers coach Lindy Infante passed away on Thursday at the age of 75.

A lot of you probably don’t remember Infante. He coached the Packers for just four seasons — from 1988 to 1991.

A lot of us, especially of a certain age, certainly do remember him though.

Infante came to the Packers during what was arguably the worst decade in Packers history. Arguably, only because of the 1950s.

If you grew up in the 1980s like I did, you know what I’m talking about. The Packers were dog shit.

As great a player as he was, Forrest Gregg was the exact opposite as a coach. And although we love the fact that he allowed his players to take cheap shots at the Chicago Bears, the Packers didn’t have one winning season under Gregg.

And if he was a bad coach, he was a worse general manager. Maybe THE worst.

Like not just for the Packers, but in the history of the NFL. I don’t know. That’s a pretty bold statement, but suffice it to say, Gregg was an awful GM and completely unable to adapt to the changing landscape of the NFL — one where guys didn’t think much of playing for the Packers.

He still thought it was the 1960s and operated like Lombardi.

Of course, Gregg followed Bart Starr as coach. While we wouldn’t say Starr was a bad coach, he was definitely in over his head and even he has admitted that.

The point here is, not much winning in Green Bay in the 80s.

So on came Infante, who was billed as a bit of an offensive genius. And yes, the Packers were no good in 1988, but then came 1989.

If you witnessed that season, then you know it is and will always be one of the most memorable in Packers history.

It was the year of the Cardiac Pack. Down often, but never out.

Four one-point victories that season, most in NFL history.

It was the year we went to San Francisco and shocked the defending champs.

It was the year winning — finally — came back to Green Bay.

The Packers finished 10-6 that season.

Infante was coach of the year.

The Packers barely missed the playoffs.

I vividly remember the final night of the season. The Cincinnati Bengals had to beat the Minnesota Vikings for the Packers to make the playoffs.

Infante showed up to The Lindy Infante Show with a Bengals pennant and hat.

Always a great sense of humor, even when things weren’t going so well.

Majkowski was always hurt and you weren’t winning a lot of games with Anthony Dilweg and Blair Kiel at QB.

Then Ron Wolf was hired and wanted his own guy. So, injuries be damned — and there were plenty of those — Wolf canned Infante.

I don’t think any of us would change how it worked out for the Packers, but I always felt Lindy got a raw deal.

I’ll always think fondly of him, though.

Previous Article
Aaron Rodgers Isn’t Thinking About Not Throwing a Pick
Next Article
So You’re Saying Seattle Fans Are Scummy?