Here Are Some Fun Stats for Packers-Broncos 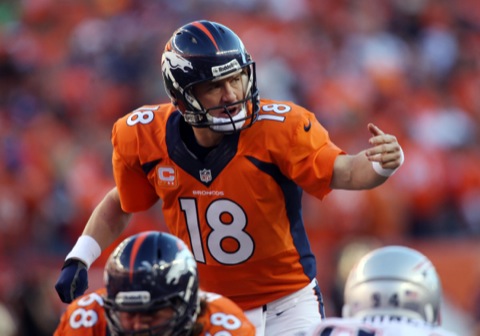 The Green Bay Packers will face the Denver Broncos on Sunday and that’s a pretty big matchup.

Both teams are 6-0. It’s Aaron Rodgers vs. Peyton Manning. It’s a potential Super Bowl preview (but not really because Peyton Manning is a playoff choker).

Except, it’s totally different than what you’d expect.

For one, Peyton Manning’s arm is about to fall off. Seriously, that dude has been garbage this year. Looks like he should be a in a nursing home. Instead, the Broncos are being carried by their defense — the No. 1 ranked defense in all of the land.

And what’s this? You could argue that the Packers are being carried by their defense as well. While Rodgers is still playing near an MVP level, he hasn’t put up his usual gaudy numbers over the past few weeks. That’s mostly because he won’t throw the ball to anyone other than Randall Cobb and James Jones and those guys can’t get open.

So the Packers have been winning with defense.

The No. 1 scoring defense in all of the land.

In fact, the Packers and Broncos are 1-2 in that category.

Let’s be honest, though. The Broncos D is better overall.

The Packers are just employing their usual bend-but-don’t-break philosophy better than in years past. They’re not breaking as much, but they still bend plenty.

So, both teams undefeated. That wouldn’t be terribly noteworthy if this were, say, week 3.

Two undefeated teams have met this late in the season only three times prior to Sunday’s game.

Packers-Broncos on Sunday night will be only the 4th game in NFL history between 2 teams 6-0 or better pic.twitter.com/b6w2r5qdIg

Now, speaking of that bye week, it’s probably good news for the Packers.

Mike McCarthy’s teams are 8-1 coming out of the bye.

Letroy Got Some ‘Splainin’ To Do