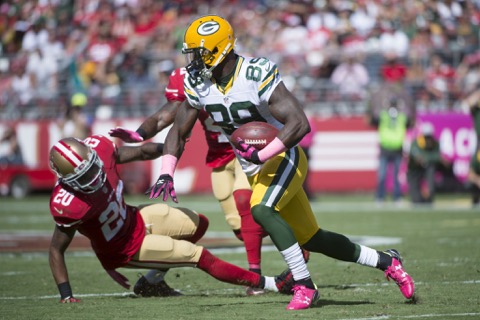 I had a bit of a different perspective than most people on the Green Bay Packers’ 17-3 win over the San Francisco 49ers, on Sunday.

It was the one from the 400 section of Levi’s Stadium. The good news is, I didn’t get stabbed, which is surprising. 49ers fans are the stabbiest in all of the NFL, after all.

Actually, the people sitting around me were quite pleasant and knowledgeable about the game. The stadium itself is fucked, though.

Sure, it has all the cool features of a modern NFL stadium. However, it’s located in Santa Clara, which is a dump. Picture a giant office park dumped in the middle of some hills and there you go. Also, whatever genius built this thing made sure that half of it is always in the sun. So on a 75-degree day without a cloud in the sky, sitting there was brutal. I wouldn’t do it again.

They could have easily remedied this by rotating the damn thing 90 degrees, since one side is higher than the other. Why they didn’t, I really can’t say. My guess is because they’re fucking morons.

Not sure if you could tell on TV, but half the place was empty after halftime. The guy sitting next to me pointed to the other, shady side of the stadium in the second quarter and said, “That’s where all the corporate money sits. They all leave at halftime.”

Sure enough. Shady side was about a quarter full after half through the end of the game.

Anyway, on with the show.

Don Barclay, you’re fired!
The offensive line was garbage in pass protection on Sunday. Right from the start, Aaron Rodgers had guys in his face and that never changed. He just looked uncomfortable in the pocket most of the day. Somehow, the 49ers only recorded three sacks. That probably speaks more to Rodgers’ athleticism than anything. At any rate, right tackle Don Barclay was the worst of the bunch this week. Pass protection has never been his strength, but Sunday was uglier than normal. The Packers need to think about another solution at right tackle until Bryan Bulaga returns.

Who put a quarter in Nick Perry?
Maybe the emergence of my boy Jayrone Elliott, who had another sack on Sunday, has him scared, but Nick Perry has been playing balls out the past two weeks. For the second week in a row, this relative disappointment had a sack. Two this week brings his total to three on the season. That already equals last season’s total and is one off his career high.

Where did the read option go?
I agree with Shawn that the Packers were effective in stopping the run. What I wouldn’t say is they were effective stopping the read option. Colin Kaepernick ran 10 times for 57 yards. I would call that 5.7 yard average pretty effective. In fact, that’s really the only time I saw the 49ers move the football — when they were running that crap. Then, in the second half, it just seemed to disappear from the game plan. It’s as if the 49ers said, “Well, we gotta make this running quarterback we got into a pocket passer one of these days. Might as well be now.” Kaepernick is a shit pocket passer. Him running around is the only shot the 49ers have. I’m not sure why they didn’t take that.

Yeah, that James Jones guy can’t play anymore…
Said the Oakland Raiders and New York Giants before releasing him. Well, thanks for giving us a pissed off James Jones! Five for 98 on Sunday. Seventeen for 317 and four on the season. On pace for a career year. I can’t really say enough about how much I am enjoying watching James Jones tear it the fuck up thus far.

Exorcising some minor demons
It wasn’t exactly Seattle, but you know the recent history between the Packers and 49ers. The 49ers have owned the Packers lately and they’ve embarrassed the Packers defense mightily. It was nice that the defense stepped up and carried the day against these chumps. 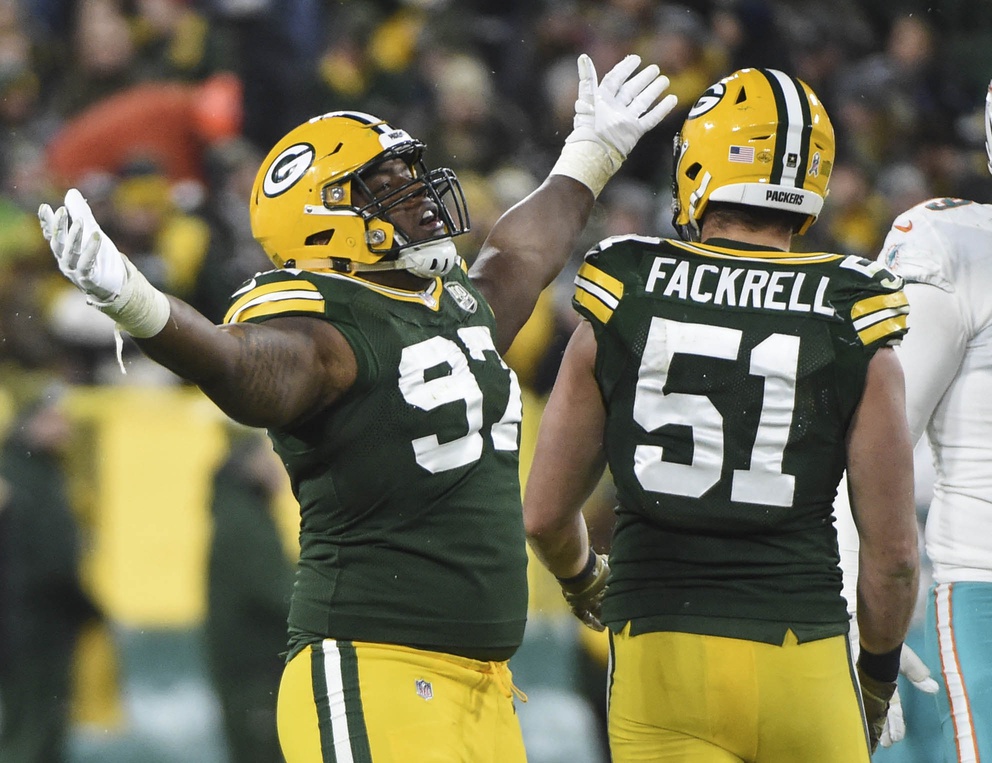