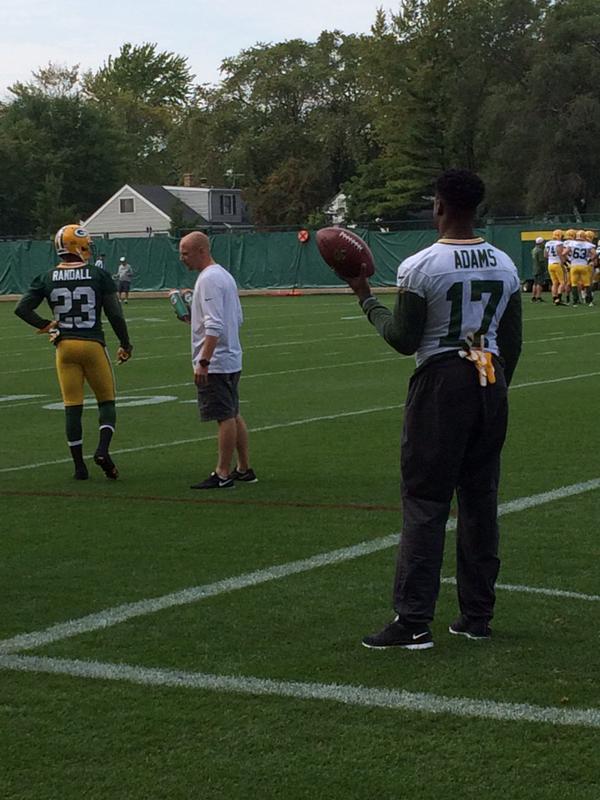 Davante Adams and Morgan Burnett have been downgraded to Doubtful for tomorrow’s game against San Francisco. But we all know how “team/coach-speak” in the NFL works.

Morgan Burnett – Though we could actually use this guy, we just beat the Kansas City Chiefs and our defense against the run was fine. Therefore, since this is only the post-Harbaugh 49ers, we feel fine letting him rest for another week. If we manage to lose this game, it won’t be because Morgan Burnett wasn’t on the field.

Davante Adams – Remember when we let James Jones walk in free agency because Adams was cheaper and had more potential? Yeah, funny that. The thing about potential is that it’s a good thing in a young player, but it also is simply productivity that we haven’t seen yet. Sometimes, you never get to see it. The offense has averaged 32 points per game so far with Adams contributing one nice catch along the sideline and that is about it. Meanwhile, James Jones is still getting it done, and Ty Montgomery is off to a promising start. As it is, Jeff Janis is barely seeing the field. Again, considering the sad state of the 49ers and the fact that the St. Louis/LA Rams come to Lambeau next week, we are content to let Adams take his time coming back. In fact, after the bye would be just fine. Get it right and then we’ll start over.

In short, these guys are not doubtful. They are Out.

Meanwhile, the Packers just waived defensive lineman Bruce Gaston and brought Jared Abbredaris up from the practice squad. Gaston was obviously expendable with Letroy Guion back in the fold, and Adams being out gives the next wave of young receivers- Janis, Montgomery and Abbredaris- an opportunity to get some reps. If these guys perform at all, don’t expect a quick return for Adams.