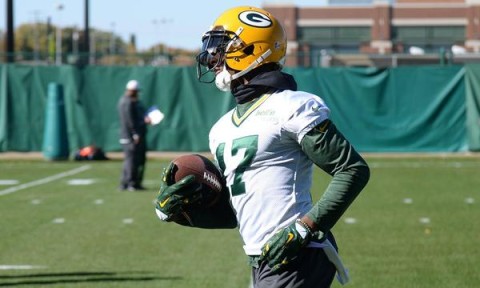 Go ahead and file this under It’s About Fucking Time.

“I think both Morgan (Burnett) and Davante having a chance to program some the San Diego week. With another week off, they should feel good.”

Burnett has played in just one game this season — week 2 vs. Seattle. Micah Hyde has filled in while Burnett has been nursing a calf injury.

Adams has played in three game because of a sprained ankle, but really only two. He left early in the Kansas City game after aggravating the injury and hasn’t played since.

Even though Adams’ stats are modest — nine catches for 92 yards — the Packers offense hasn’t been the same without him.

To put it simply, no one else can seem to get open on a regular basis without Adams in the lineup.

So, what are we missing here?

No word on him and his inflamed nut sack.

Here Are Some Fun Stats for Packers-Broncos

Raji and Perry Return, Montgomery and Starks Out

Raji and Perry Return, Montgomery and Starks Out