Bruce Gaston is Back 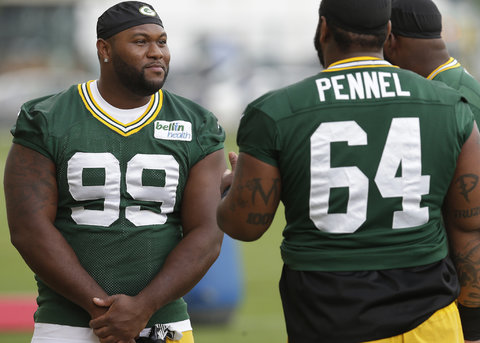 The move was made to make room for receiver Jared Abbrederis on the active roster.

Well, the Packers basically just ended up swapping those guys out.

Gaston cleared waivers on Monday and was re-signed to the practice squad on Tuesday, which is exactly where Abbrederis came from.

That sucks for Gaston’s wallet, but it’s good for the Packers.

Gaston was one of the impact players of the preseason. Obviously, he was buried on the defensive line depth chart in the regular season. Even more so when Letroy Guion returned from his suspension after week 3.

Gaston got limited action in two regular season games and registered one tackle, but with Guion back, he probably would have been a game-day inactive moving forward.

Now, he’ll have more time to develop and potentially work his way into the rotation next season.