Who’s Up for a James Jones Reunion? 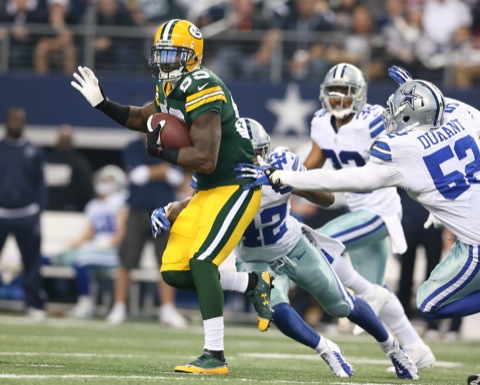 The #Giants are cutting WR James Jones, source said. The #Packers have a need..

And there you go.

We’ll see where the Packers stand when their day of cuts is finished, but the word was that Jones would be the guy they would consider re-signing if he were available after Jordy Nelson got injured.

Jones had 73 catches for 666 yards for Oakland last season.