There were some Kansas City Chiefs fans at Lambeau Field on Monday night and that probably isn’t surprising. What might be surprising is that some of them dressed up like this in the year 2015. 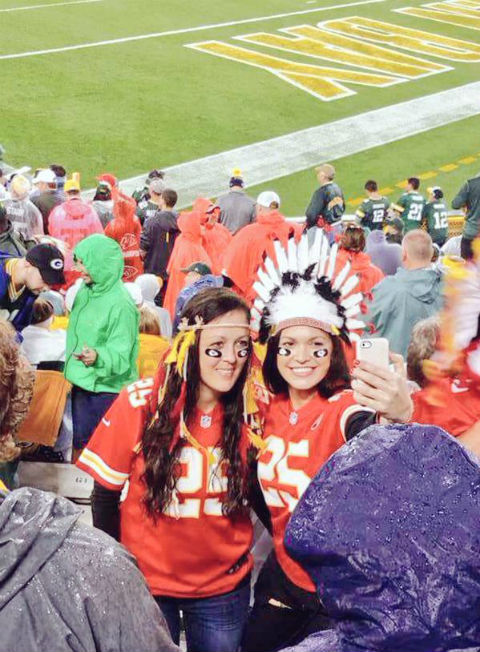 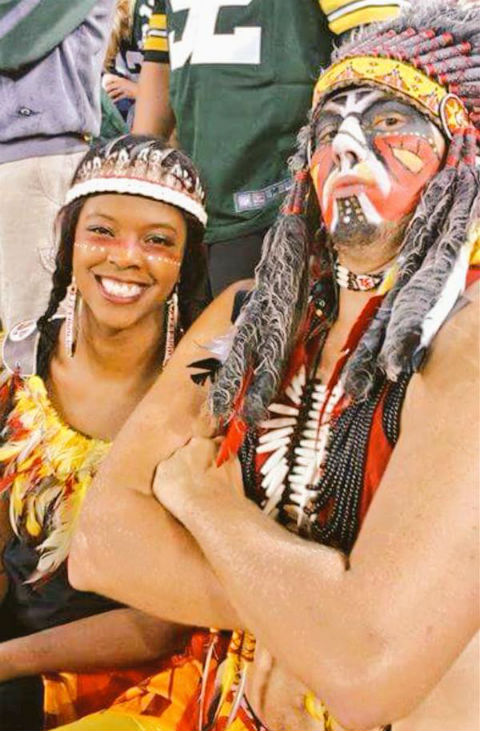 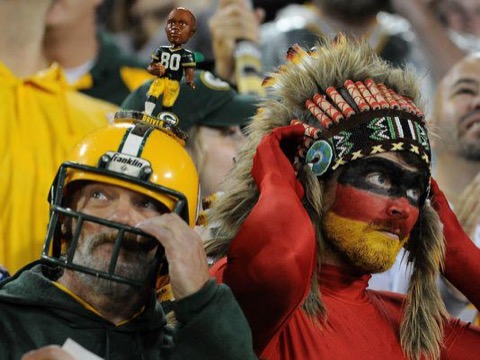 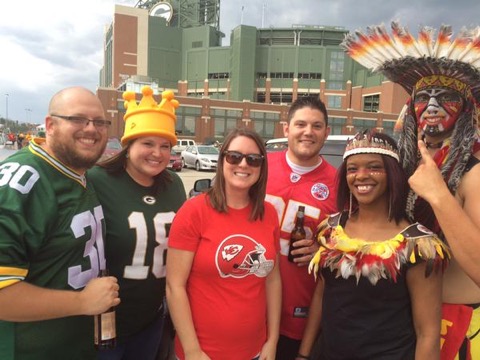 Well, maybe if you’re Native American. Then I guess you can wear your ancestral garb whenever you see fit.

Then again, I don’t know if it’s acceptable even if you are a Native American because I’m not. I could, however, see how people might find it offensive.

Are these people Native Americans? I’m not going to venture a guess at that either, but I would think there’s a decent chance they’re not.

And if that’s the case, I’d have to wonder who thought this was okay?

And in Lambeau Field, especially.

Now, the Packers as an organization like to lick the back of their corporate sponsors’ balls. Seriously, they give zero shits about you or I, but if the Oneida Nation asked them to jump, the only question would be, “How high?”

We’d be curious to hear how they felt about this attire.

Or do you get a pass for dressing up in Native gear if you’re a Chiefs fan, regardless of race?

I really don’t know. What I do know is it’s hard to stop some people from being ignorant morons oblivious to their surroundings.

Some people are just born stupid.

And we’re not talking about all Chiefs fans here. Most of them actually showed up to the game dressed like normal football fans. 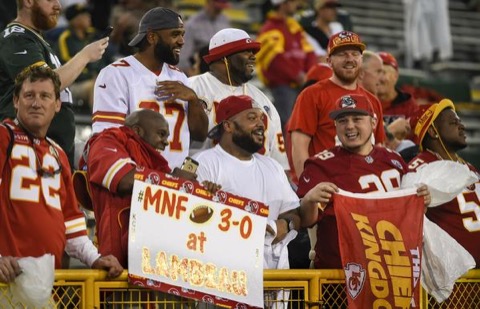 Previous Article
Steve Young Did Ray Lewis’ Dance for Fans Monday Night
Next Article
Do Not Ever Relax: the Folly of Capers’ Prevent Defense