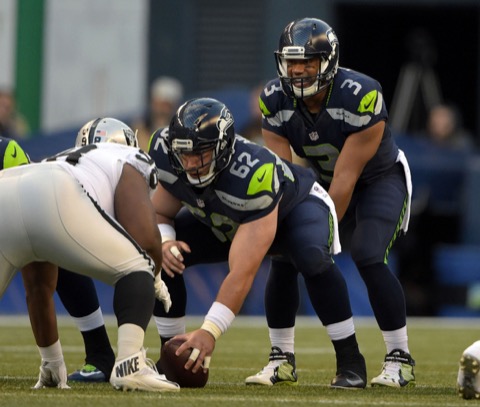 Drew Nowak will make his second career start at center for the Seattle Seahawks on Sunday night and he’ll be doing so against the team he’s a fan of.

And that should be expected since he’s from De Pere.

Nowak is a shareholder, but you can also tell he’s still invested in the team. The Tacoma News Tribune did a profile of him and he referred to the Packers just like you and I do.

Nowak is one of two new starters on Seattle’s offensive line.

The other is Garry Gilliam, who caught the touchdown from Seahawks punter Jon Ryan — himself a former Packer — in the NFC Championship game.

The good news, if you’re a Packers fan, is neither Nowak or Gilliam — or Seattle’s line as a whole, for that matter — performed very well in week 1.

In fact, it looks like the line may be the weakness of the team.

As for Nowak, we are glad to support other Packers fans, but we hope that dude gets worked over this week.