There were some pretty nice plays in the Green Bay Packers’ win over the Chicago Bears on Sunday.

We went and found the gifs of some of them.

Here’s Clay Matthews’ fourth-quarter interception of our main man Cutty! By the way, Cutty! is now 1-12 against the GBP.

Also, we like to make Clay our whipping boy from time to time and he will continue to be that until he starts being a team player, but hell of a play. Not a lot of inside linebackers look that athletic in coverage. Maybe none.

Oh, and this isn’t a gif and it isn’t positive either. We just figured you’d want to know. 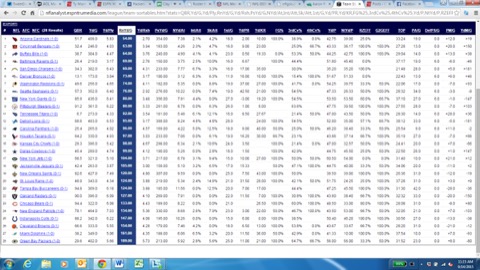 That might be a little hard to see, but it’s the NFL’s rush defense rankings as of Monday. Guess who’s at the bottom.

Better Get Used to Nate Palmer in the Middle