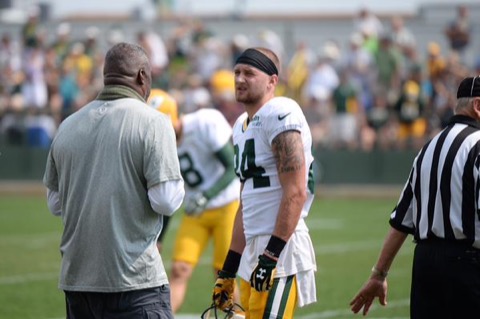 The Green Bay Packers practice squad started taking shape on Sunday and the biggest name among the additions was receiver Jared Abbrederis.

The Packers released the second-year receiver on Saturday. The 2014 fifth-round draft pick cleared waivers and was added to the 10-man practice squad on Sunday.

Perillo spent time on both the practice squad and active roster in 2014. He made a decent push for a roster spot during training camp, but ultimately lost the third tight end spot to sixth-round pick Kennard Backman.

Two of the guys the Packers released on Saturday were claimed by other teams — defensive tackle Khyri Thornton was claimed by New England and tight end Mitchell Henry was claimed by Denver.