Morgan Burnett is Out 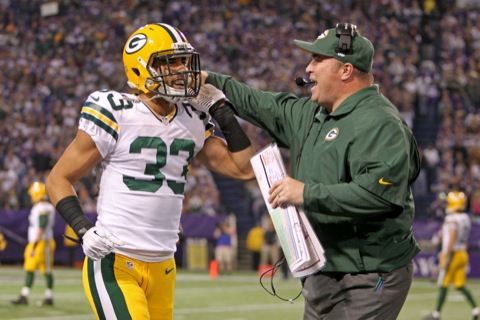 The Green Bay Packers will face the Chicago Bears without one of their starting safeties. Morgan Burnett was listed as a game-day inactive.

Burnett, who was listed as questionable, missed practice all week with a calf injury.

It’s expected that Micah Hyde will start in his place.

There’s better news when it comes to inside linebacker Sam Barrington, who was also listed as questionable.

Barrington is active and is expected to start.

Here are the full inactive lists.

Of interest for the Bears, injured receiver Alshon Jeffery looks like he’ll go.

Randall Cobb is Not 100 Percent