James Jones is Once Again a Packer 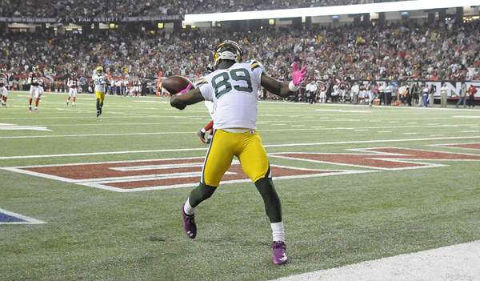 James Jones visited with the Green Bay Packers on Sunday and it seems like that visit was made for the express purpose of signing a contract.

Done and done. James Jones is back in the fold.

Reunion: James Jones is signing with the #Packers, source said.

It’s a one-year deal, which is exactly what we would have expected. We don’t know the value of the deal, but considering Jones has been cut by two different teams this calendar year, it’s probably close to the veteran’s minimum.

There has been some speculation that the Jones signing means that Randall Cobb won’t be ready for week 1. Cobb says he’ll play, but if he can’t, the Packers are left with second-year man Davante Adams as their most experienced receiver. Besides Jones, that is.

The Packers are already without Jordy Nelson for the year and Cobb has an injured shoulder.

Now, the question becomes who did the Packers release to make room for Jones?

The answer isn’t apparent just yet, but more when we know.