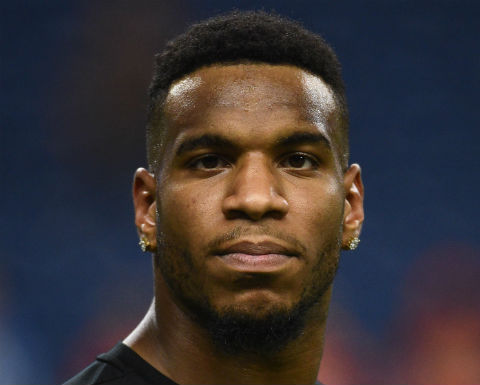 Take it away, Tony!

How appropriate that he fell down at the end of that clip.

So, the Detroit Lions are over there in the D being their usual selves. Losing football games.

They’re 0-3 after getting beat at home by puss-armed Peyton Manning on Sunday night.

That moron is tight end Eric Ebron, who says the Lions are “great” and just can’t believe they’re 0-3.

“I mean, I’m surprised, yeah, because of the players and how great we are, how good we look every day,” he said. “So I’m really surprised. But it’s the NFL. A few mistakes can make you 3-0 or 0-3. I mean, we’re 0-3 because of the mistakes we’ve been having and the mental errors and things like that. So we’ve just got to continue to work hard and get better.”

Great is a pretty strong word to describe any Lions player not named Calvin Johnson, much less the whole team.

“Yeah, that’s why we’re 0-3,” he said. “We’re hurting ourselves. No one in this league can match us or play against us unless we hurt ourselves. And we’ve been doing that for three straight weeks. So we’ll get better at it.”

No one can match the Detroit Lions…

It’s outstanding that this guy plays for the Leos and says the things he says. Gotta be the most Detroit Lions player since the shining example of a human being that was Titus Young.