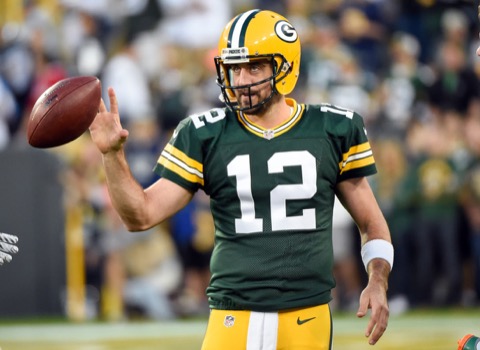 After the Seattle Seahawks beat the Green Bay Packers in the NFC Championship game, Seattle quarterback Russell Wilson made a comment about how God wanted the Seahawks to win.

Packers quarterback Aaron Rodgers was not amused by that comment. Sunday night, Rodgers trolled the fuck out of Wilson during his post-game press conference.

When asked how the Packers got the win, Rodgers pulled the God card.

“It’s being very confident in the preparation and getting a little help from God,” said the Packers quarterback when asked about the team’s success at home. “I think God was a Packer fan tonight. So He was taking care of us.”

You go ahead and suck on that, Russell.

We think it’s pretty great that it appears these teams genuinely don’t like each other.

That’s how football is supposed to be.