Ty Montgomery is a Cowboy

He also fielded every one of the Packers’ punt and kick returns.

And then after the game he went and dressed up like a cowboy.

Gotta keep the sun off your neck in the locker room.

On the #Packers side of things.. Diggin that hat @TyMontgomery2. (2 passes for 28 yards on Thursday vs. Patriots) pic.twitter.com/csbJ9XoMq8

Montgomery isn’t the first Packer to dress up like a cowboy though. 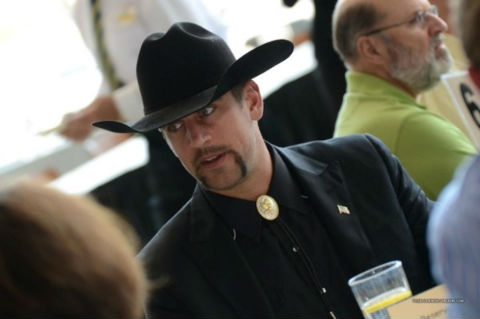