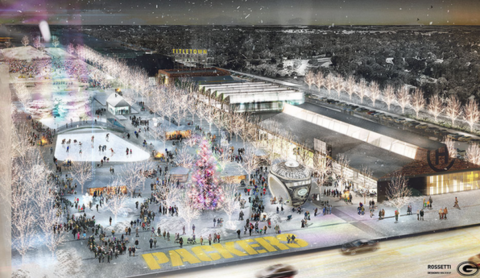 The Green Bay Packers have bought up a lot of land around Lambeau Field with plans of developing what they call the Titletown District.

We knew once they tore out the gas stations, bars and Kmarts, they were going to build new retail, dining and other commercial facilities. And, we really didn’t care.

The first business they brought in was a Cabela’s.

But now we care.

The centerpiece of the whole project — other than Lambeau Field itself, of course — is a 10-acre public park. And it looks pretty goddam dope.

Now, instead of getting ripped in the Kmart parking lot, you can get ripped in a park before home games!

And you can climb a giant Super Bowl ring! And do some ice skating!

Check this bad boy out. 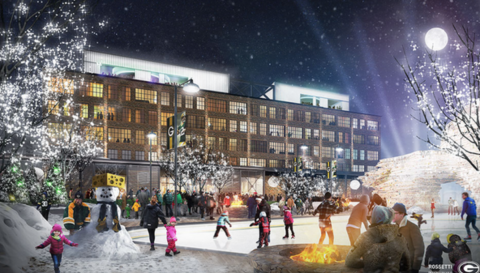 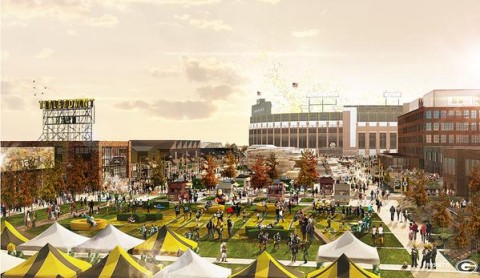 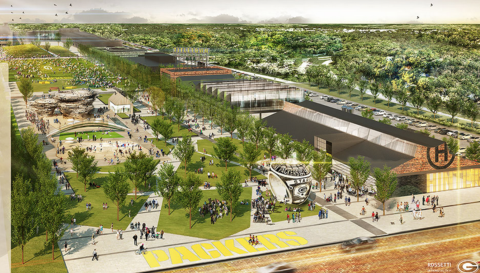 Oh, and for comparison’s sake…

This is what the #TitletownDistrict looks like now, on Aug. 20, 2015. #Packers pic.twitter.com/FRobXuvnGK

Aaron Rodgers’ Mobility is No Question