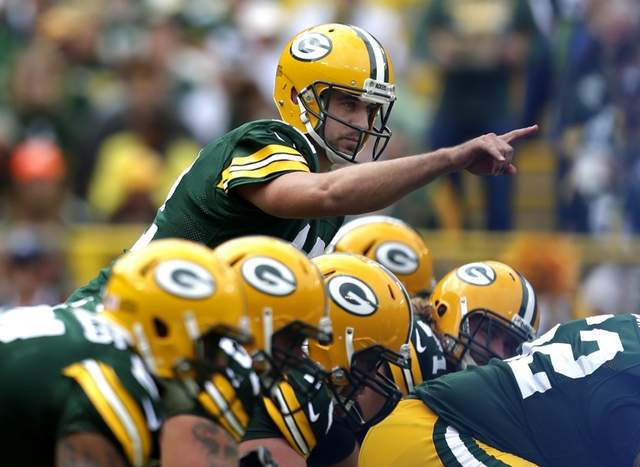 After trying their hand at singing this offseason, the Packers’ offensive line may return to what is old hat for them- dancing. Yes, soon after Mike McCarthy regaled us with his praise for the best offensive line he’s had, the Packers look to return to their overly tried and untrue method of musical chairs along the line.

(Music starts again… stops) Wow, now Barclay is a left tackle and Bulaga is a right tackle. TJ Lang could be a center, or a tackle. Whatever.

(Music plays … the chinese fire drill commences… stops)  Oh wow, look, Aaron Rodgers is flat on his back after being sacked again. Get up, A-Rodge! Oh shit, now it doesn’t matter who the left tackle is!

Besides the Packers’ zealous faith in versatility, the main reason for the musical chairs is that the Packers have lacked a decent back up at the tackle position, and that despite a handful of high draft picks addressing the position. Because of this, all it took to turn the Packers’ best offensive line in MM’s tenure into a game of duck-duck-goose is one sore knee belonging to David Bakhtiari. With Bakhtiari sitting out practice and unlikely to play against the Steelers this Sunday, the Packers are forced to plug a reserve into their left tackle position.

This time around the Packers think they have a competent back up in Don Barclay. I do not. Past performance suggests not. In 2013, Bryan Buluga refused to risk what he’s got for a collection of stiffs and sat out the season on the luxurious Packer IR, a popular destination at the time. Barclay started 15 games. He gave up 9 sacks and a whopping 27 QB hurries. He finished the season with a ProFootballFocus score of -10.4. That would be good if this were golf. Unfortunately, this isn’t golf, and Barclay ranked 64th in the NFL at the offensive tackle position (Hint: there are 32 teams and 2 tackles per team).

For Packer Nation, Barclay’s dismal performance might be somewhat mitigated by the fact that he kept Marshall Newhouse on the bench by retaining the right tackle position. However, I’d argue Newhouse’s reputation among Packer Nation as the worst offensive tackle ever is somewhat distorted by his penchant for giving up sack-fumbles at EXTREMELY inopportune times. In reality, Newhouse played 16 games in 2012 at the more difficult left tackle position, gave up 8 sacks and scored a -4.3 from PFF, ranking 50th at the position. Those are awful numbers for a guy entrusted with the blindside of the highest paid player in football, but still, those numbers are better than Don Barclay’s.

Of course, Barclay also gets a partial pass because he is a very good run blocker. That’s true, and that is also why I continually argue for Barclay to be the top reserve at guard instead of tackle. A tackle who can run block is a nice plus but as meaningful as high end rims on an el camino if he can’t protect the quarterback.

So, as soon as the Packers realize the error of their ways, which could be as soon as this Sunday, it is likely that the musical chairs scenario will recommence. The plan to move Bryan Bulaga back to left tackle has already been suggested, though again, that relies on the theory that Barclay can play right tackle adequately. If he can’t, expect TJ Lang to be shifted right while Bulaga goes left. That would insert Lane Taylor or Josh Walker into the lineup at Lang’s spot at right guard.

In fact, the dark horse in all of this is Josh Walker. After remaining relatively anonymous on the practice squad last season, Walker has impressed enough throughout camp to be in the mix as a top reserve at multiple positions along the offensive line. At 6-5, 330, Walker has the size to play tackle and has started taking snaps there this week in practice. We will see if he gets the chance to play left tackle against the Steelers. If he turns out to be athletic enough to play the position, then the Packers might finally have the back up at tackle that they need and can avoid the musical chairs scenario. Maybe then, Don Barclay can go back inside and concentrate on what he does best, which is opening up the running game.