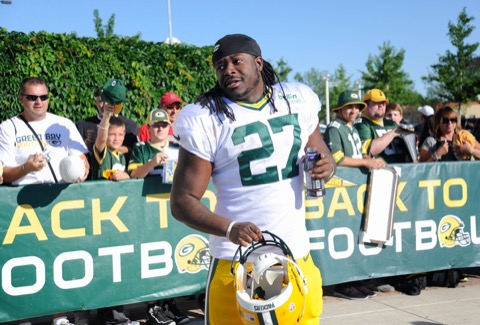 The Green Bay Packers lost another starter on Tuesday. This time it was running back Eddie Lacy.

“Eddie had some foot soreness,” McCarthy said. “They just pulled him out there near the end.”

That goes well with linebacker Clay Matthews’ sore knee. Matthews didn’t practice for the second day in a row and was instead relegated to rehab.

For Lacy, it isn’t the first time he’s a foot issue.

He had a toe injury at Alabama, which was reportedly one of the reasons he was still there for the Packers to select in the second round of the 2013 draft.

Lacy also played through an injured ankle during the end of his rookie season and had concussions in each of his two seasons.

The Packers don’t practice on Wednesday, so we probably won’t know more until Thursday.