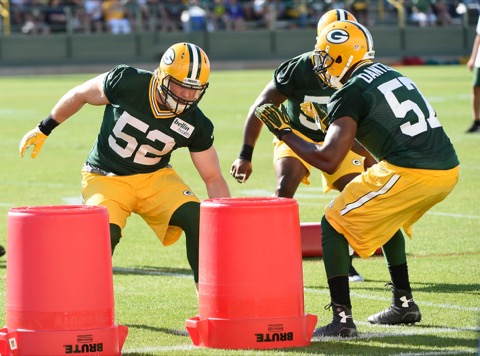 Maybe it’s time we just assume that Clay Matthews can’t be counted on.

This comes after he’s missed five practices with “knee soreness.” It also comes after he told everyone he quit on the team in the NFC Championship game because he’s “got to take care of No. 1.”

And he seems to be doing a fine job of that lately.

Yeah, you can go ahead and insert Allen Iverson’s practice rant in here. It is a practice. Who gives a shit, so long as Matthews plays in 16 games, plus the playoffs and doesn’t excuse himself from the action because his vagina aches.

What do you think the chances of that happening are at this point?

That’s what probability we’re giving it.

Guess Which Packers Get Chauffeured to Practice

Guess Which Packers Get Chauffeured to Practice