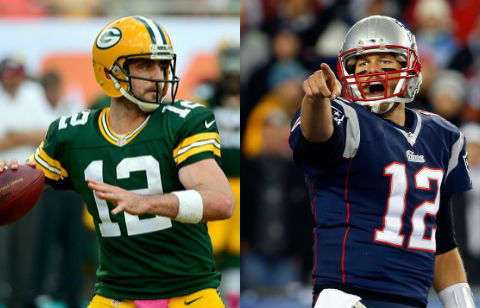 New England Patriots quarterback Tom Brady appealed his four-game suspension for deflating footballs and when that appeal was rejected, the NFLPA sued the NFL in federal court. The suit was filed on Tuesday and because Judge Richard Berman wouldn’t let the parties submit anything confidentially, we all got to look at the transcript of Brady’s appeal hearing.

What’s interesting about that is Brady — or his legal team — pointed at Green Bay Packers quarterback Aaron Rodgers as what can only be viewed as an example of the league’s hypocrisy.

Back in January, Rodgers openly discussed how he likes overinflated footballs and how he liked to push the limits in that respect. The NFL, of course, didn’t start an investigation of Rodgers and the Packers like they did of Brady and the Patriots.

When that was brought up during the appeal, the league didn’t really have an answer for it. In this instance, the questions are being posed to Badger great and NFL vice president of operations Troy Vincent. 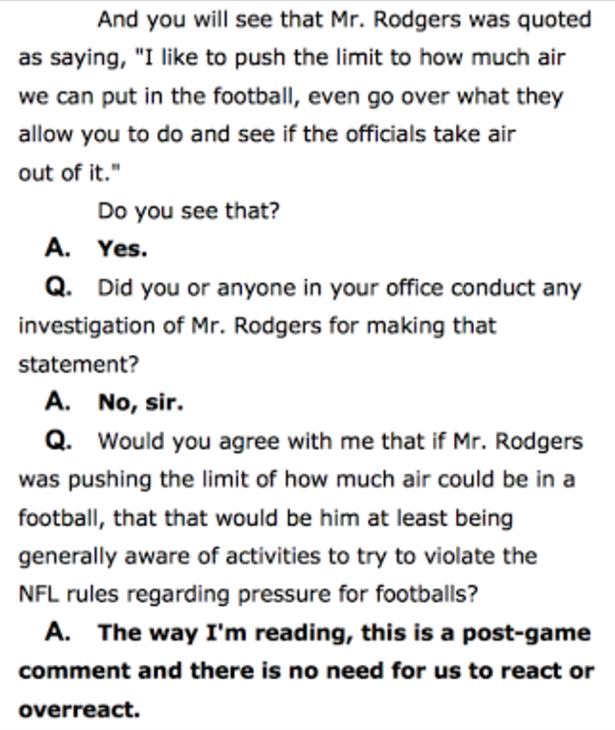 Look, we really don’t care about the New England Patriots. They can go rot in hell, but this whole thing is pretty goddam stupid.

The league is suspending a guy who MAYBE directed someone else to let a little too much air out of some footballs. Meanwhile, they reduce the suspension of noted woman beater Greg Hardy from 10 games to four.

So, the message is clear.

Beating a woman is the same as deflating footballs. But only if you’re Tom Brady. Because we’re going to get you, mister!