Russell Wilson is Rich, But Not Richer Than Aaron Rodgers 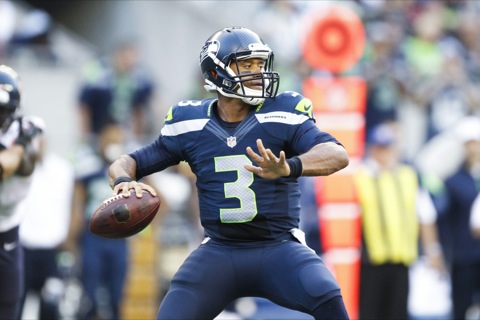 Seattle Seahawks quarterback (and Badger great) Russell Wilson signed a four-year contract extension this morning. Normally, we wouldn’t care, but this contract was worth keeping an eye on.

It was almost roundly predicted that Wilson would end up making more than Green Bay Packers quarterback Aaron Rodgers, the highest-paid player in the league.

Not because he’s necessarily better than Rodgers, but because contract negotiations are about timing.

The Seattle signal caller received a four-year extension worth $87.6 million. That’s an average of $21.9 million per season and whether symbolic or not, that’s a mere $100,000 less per year than Rodgers’ $22 million annually.

However, as this was an extension, it just adds four years onto Wilson’s current deal. So, once you factor that in, the total five-year contract is worth $89.142 million or an average of $17.82 million annually.

When Rodgers got his deal, it was five years for $110 million.

Wilson’s deal gives him the 12th-highest annual salary among quarterbacks, right above Matthew Stafford and right below Tony Romo.

It Looks Like Jake Ryan Will Get His Shot

It Looks Like Jake Ryan Will Get His Shot