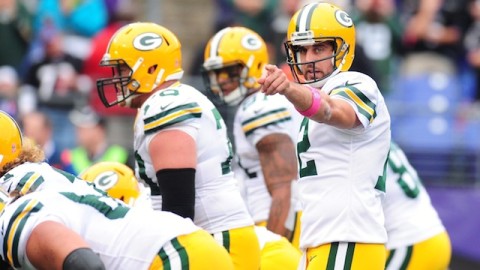 Forbes has compiled their annual list of the most valuable sports teams and the Green Bay Packers check in at No. 29, with a total value of $1.38 billion.

While the team’s value continues to increase, the Packers’ spot in these rankings continues to drop. The $1.38 billion is a slight increase over last year’s valuation of $1.183 billion. However, the Packers aren’t keeping pace with other teams in terms of growth.

Once again, Real Madrid is on top of the list, with a valuation of $3.26 billion. The Dallas Cowboys are again the highest-ranked NFL team at No. 2, up three spots from 2014. The Cowboys are valued at $3.2 billion.

Overall, there are 12 NFL teams ahead of the Packers.

Favre Thought He’d Be Cheered When He Returned As Viking

Here’s A.J. Hawk Hammering Some Guy on the Golf Course

Here's A.J. Hawk Hammering Some Guy on the Golf Course