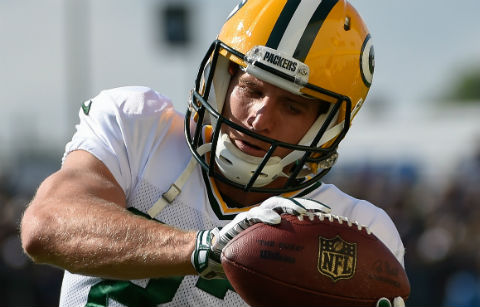 The news is good for a number of Green Bay Packers who sat out during minicamp and OTAs because of injuries. Primary among them are receiver Jordy Nelson and cornerback Casey Hayward.

Both players have been medically cleared and are expected to be ready to practice on Thursday morning when the Packers open camp.

Nelson had offseason hip surgery and Hayward was dealing with a foot injury. Oft-injured linebacker Nick Perry, who missed time with a shoulder injury, was also cleared on Wednesday.

The news wasn’t as good for another veteran outside linebacker.

Mike Neal, who has some kind of phantom injury, flunked his physical and was put on the physically unable to perform list. He was joined there by undrafted rookie running back John Crockett and receiver Ricky Collins.

Any of the three will immediately be able to practice once they’re medically cleared.

Meanwhile, second-round pick Quinten Rollins landed himself on the non-football injury list. That means whatever injury he has happened after minicamp.

By the way, we’re setting the over/under on the first hamstring pull at five days.