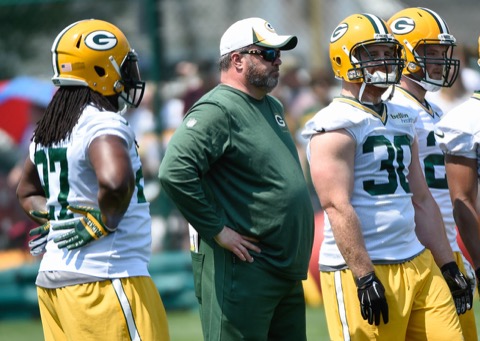 Count Mike McCarthy among those who think the Green Bay Packers will win the Super Bowl this year.

The Packers coach was presented with the question at his season-opening press conference Wednesday morning and took the opportunity to agree with the oddsmakers and pundits.

Why McCarthy agrees is perhaps a little more important, however.

The Packers have plenty of talent, but McCarthy cited the leadership potential of his 2015 squad as the difference.

While this Packers team has plenty of youngsters — like every Packers team constructed by Ted Thompson — it also has a lot of entrenched returning starters. Guys that have been through the battles.

The entire offense, led by quarterback Aaron Rodgers, is back. The defense is anchored by Julius Peppers and Morgan Burnett and, to a lesser extent, Clay Matthews.

All of those guys mentioned have tremendous leadership potential.

If you recall, one of the catalysts of the 2010 Super Bowl season was the veteran leadership of Charles Woodson. We know what a difference that makes.

Hopefully, this year has the same outcome.

Murphy Not Real Happy About Those Arrests

Davante Adams Has Some Advice

Davante Adams Has Some Advice