Finally, the Ginger Hammer and his heavy hand of justice have paid Letroy Guion a visit.

A three-game suspension has been bestowed on our hero by the long and arbitrary arm of the NFL law. That, of course, is because Letroy got arrested with this back in February. 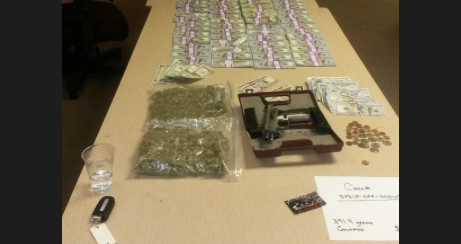 Guion paid a fine to settle the matter, but that doesn’t matter to the league.

As of this moment, Guion will miss the first three games of the season. However, he is appealing the decision.

And, there’s hope that the suspension will be reduced in the appeal process. After all, Dallas Cowboys defensive end Greg Hardy had his 10-game suspension reduced to four games on appeal and he’s a fucking woman beater.

So, if that piece of shit gets less than half of his original suspension, then we’d expect Letroy would have his reduced as well.

You know, unless the NFL wants to send the message that smoking a little weed is on par with beating the shit out of a woman.

Frankly, we expect one game when it’s all said and done.

That will leave the Green Bay Packers a little thin on the defensive line in week 1, since Datone Jones is also suspended for that game. The good news is, they’re only playing the Bears.

Wolf Took Packers Job Because He Thought It was Last Shot