Datone Jones Has Been Suspended 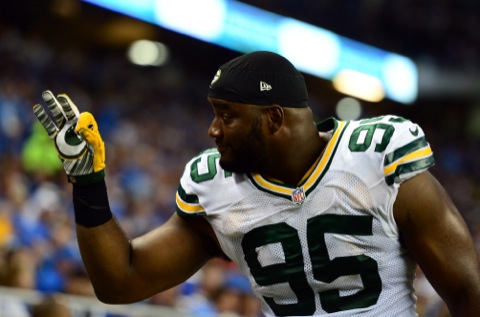 Datone Jones has been nothing short of a bust since being the Green Bay Packers first-round pick in 2013 and now he won’t be starting the 2015 season off on the right foot.

That’s because he won’t be playing.

On Thursday, Jones was suspended by the league for one week for violating the substance abuse policy.

#Packers DE Datone Jones suspended without pay for the 1st game of 2015 for violating the NFL Policy and Program for Substances of Abuse.

No word on what substance Jones was suspended for.

Unfortunately, this really means nothing for the Packers.

Jones has made virtually no impact in his two seasons, with five total sacks.

We’ve already gathered that with B.J. Raji slated to start at nose tackle, Letroy Guion is likely to start at defensive end along with Mike Daniels.

Now, the Packers might be in trouble if Guion also gets suspended. He could get dinged for his offseason arrest.