We’ve been hearing how, after he fired off his piece, Green Bay Packers tight end Andrew Quarless then tried to hide it from the cops in a plant.

That makes some sense, since burying a handgun in a potted plant could be considered a reasonable hiding place.

“The defendant was discovered in the outer area of Siena Tavern attempting to conceal himself and the black firearm in a nearby plant. Officers were able to detain the defendant without incident. Ofc. Colombo 1011 discovered a black firearm hidden (KK UPS .45 CAL) within the potted plant.”

Yeah, but back up there for a second.

… attempting to conceal himself and the black firearm in a nearby plant.

Attempting to conceal himself in a plant!

Now, this right here is the exterior of Siena Tavern, so… yeah… 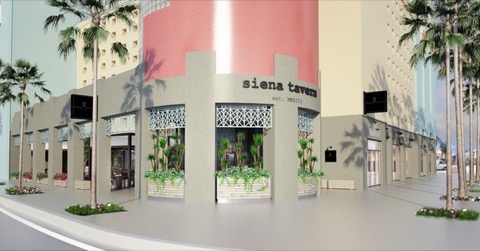