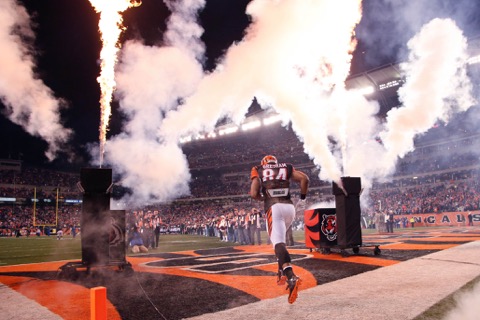 Or were they just messing with you?

The Green Bay Packers had free agent tight end Jermaine Gresham in for a visit this week and it now looks like they had no intention of signing him.

Early indications are the #Packers are not talking contract with TE Jermaine Gresham, who visited yesterday.

Ted Thompson only does things like this to tease everyone.

“Oh, look everybody. I’m interested in a free agent!”

It would have made sense for the Packers to sign Gresham, considering he’s a two-time Pro Bowler and the Packers currently have a couple bags of shit manning the position. One of those bags is probably looking at a suspension for pretending to be a plant.

We’re not going to get too worked up about it, though.

The reason Gresham wasn’t signed when free agency began is because he was found to have a herniated disc that needed surgery. It’s possible the injury is why the Packers stayed away.

The Arizona Cardinals ended up signing Gresham on Friday evening.