Green Bay Packers quarterback Aaron Rodgers was at Comic-Con with girlfriend Olivia Munn over the weekend.

She was there doing promotion for the next X-Men movie and Rodgers was there being arm candy and rubbing elbows with celebs. Celebs like Harry Potter and Jennifer Lawrence, the former of whom is a wizard and the latter of whom is the worst part of these new X-Men movies.

Here’s Aaron’s adventures in the land of make believe. In one of these shots, someone was there to throw up a Packers banner. 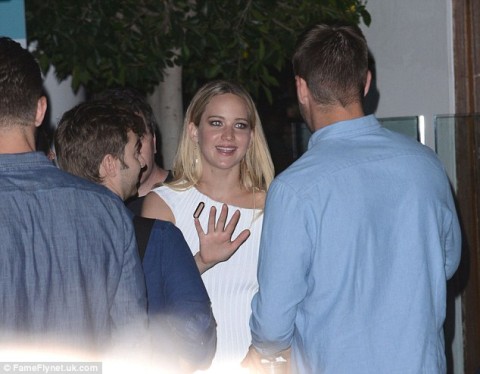 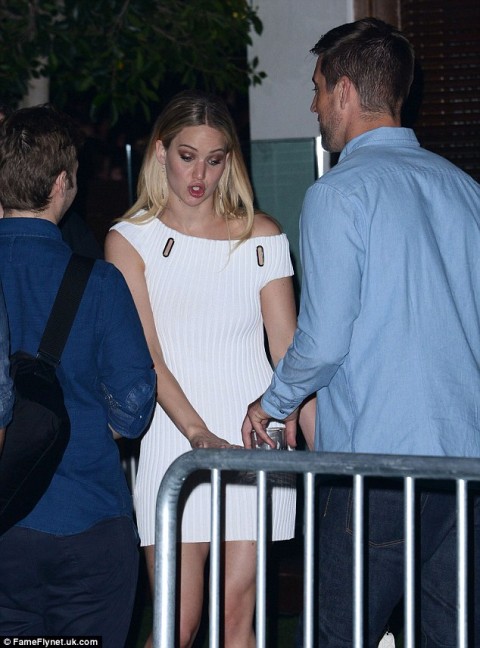 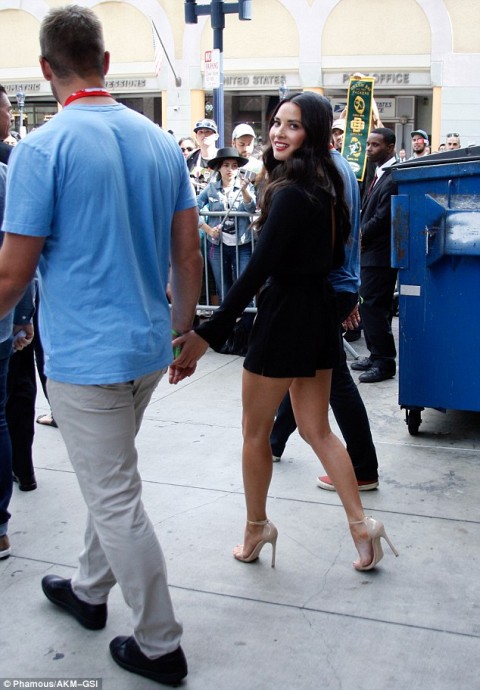 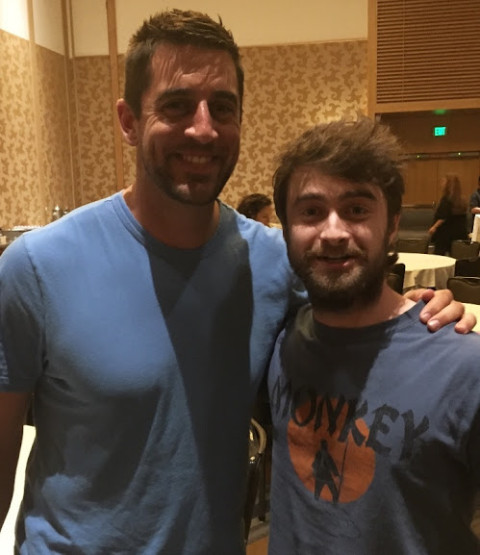 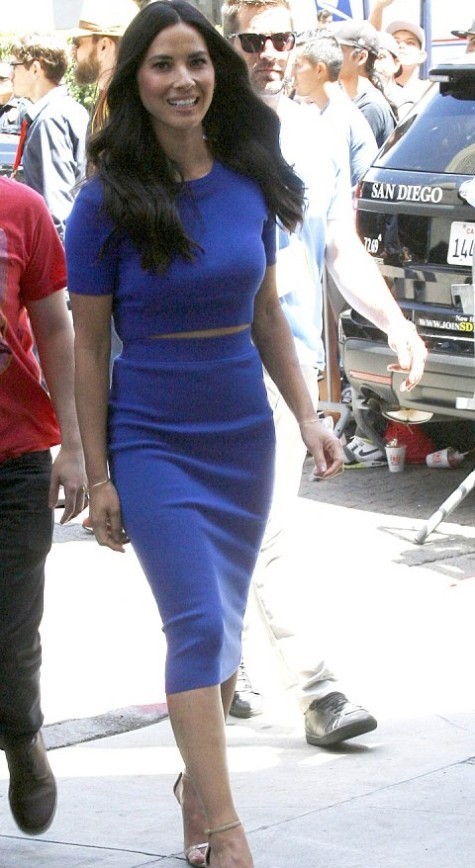 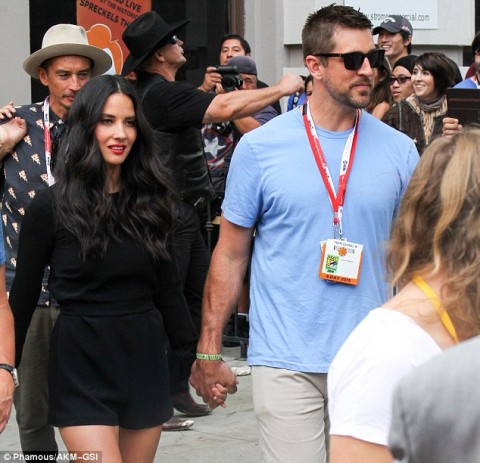 Previous Article
Jarrett Bush was Suspended for Drugs
Next Article
What’s with That Mustache, Brett?