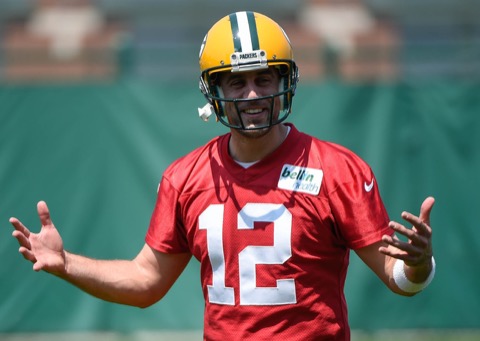 All week long, the idiots that report on the Green Bay Packers have been blathering on about a “pitch count” for quarterback Aaron Rodgers.

Like, “Oh, hey, do you think Aaron Rodgers will be on a pitch count?”

We ignored these “stories” completely because… why in the hell would he be on a pitch count?

The idea itself was moronic, but since it’s been bandied about in the media, someone had to ask Rodgers about it.

So in case you were wondering, there you go.

And he’s gonna throw as many goddam lasers as he wants!