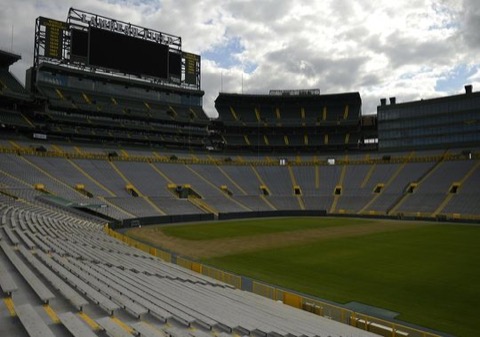 Ruined, I tell you!

Lambeau Field was host to a Kenny Chesney concert last Saturday night and, as you’ve probably imagined, that means they built a giant stage right on the field. In the north end zone, to be exact.

Of course, piling all of that crap on the turf isn’t good for the turf. And now it’s brown and disgusting in the area where the stage sat.

The good news is, the spot where your brother’s wife puked is probably extra fertilized.

There’s not much cause for concern here, though. The Packers say they expect to field to be back to it’s usual glorious self by the time Family Night rolls around on August 8.

And if it isn’t, well, the Packers are relatively new at this.

Saturday’s event is only third such show that’s been held at Lambeau Field. One of the main reasons concerts have been held so infrequently is because of concerns about the playing surface. However, it seems to have recovered just fine from the Kenny Chesney show that was held back in 2011. 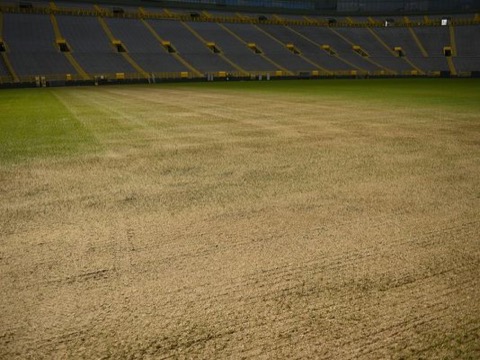 (Images from the PG)

Previous Article
Greg Jennings Says He Was Selfish, Hurt
Next Article
Where Fans Get Fired Up for a Green Bay Packers Practice