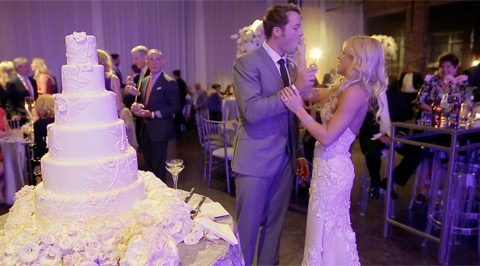 Butterball married longtime girlfriend Kelly Hall back in April. It was a totally brotastic affair where everybody got to wear backwards bro caps just like Butterball does on the sidelines. They also got to wear some fancy Nikes, even the bride, because that’s soooooooo bro, bro!

Check it out right here… bro.