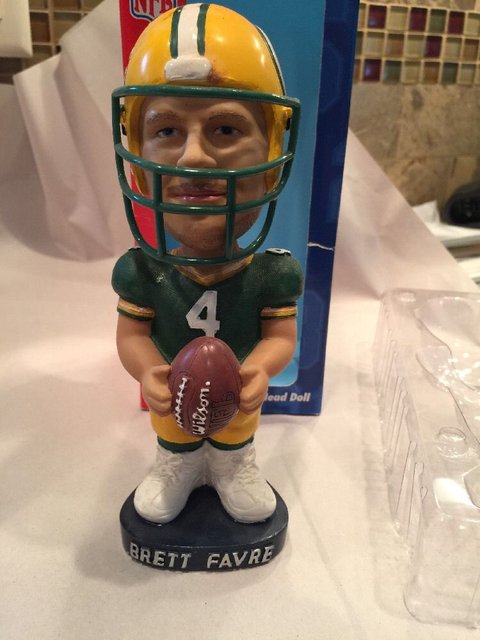 I don’t know what’s happened with NFL bobbleheads. The league — and the Green Bay Packers — will literally slap their logo on anything, so long as it makes them a buck. So you get shit like this Brett Favre bobblehead.

Uh… well, sure! If you’ve pounded a 12-pack of Pabst in the past 30 minutes. Then it looks exactly like Favre!

And what is with that facemask and helmet? It looks like some kid molded it out of clay and plopped it on Favre’s bobble head.

Which reminds us, Clay Matthews’ bobblehead is also similarly awful. And then there’s this monstrosity.

Way to hold yourselves to a respectable merchandising standard, NFL, Packers.