Surprisingly, Someone From Minnesota Has a Stupid Idea 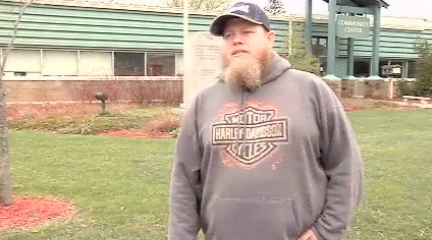 So what do you think about that wonderful place getting a second NFL team?

That’s what Proctor City Councilor Travis White has proposed. White (and yes, that’s him in the image) wants to bring an NFL team to Duluth and he seems to be serious.

“I get the sense up here that we feel that we’re not on par with these big cities, but we have so much more we can offer that the big cities can’t offer,” he said. “We compete with big cities all the time. We need to quit thinking small, and let’s think large.”

As you’re probably aware, Duluth is smaller than Green Bay, at just over 80,000 people. That makes it a little larger than Oshkosh, another place that’s never getting a professional sports team.

Now, it’s true, Duluth did have a professional football team in the 1920s (1923-27), but so did Decatur, Kenosha, Rochester and Rock Island.

What we’re saying is, good luck with that pipe dream.

On the other hand, a second Minnesota team could only mean fewer Minnesota Vikings fans and frankly, there’s nothing that could make the world a better place than that. So you keep at it, Travis White!