Lest you forget — we’ve been trying to — there are several Green Bay Packers in the film Pitch Perfect 2.

First, let’s discuss what that is, in case you’re not aware. It’s like an action movie for chicks, except instead of ass kicking, there are just random sing-offs.

I gotta tell ya, I tried to watch the first one of the these movies just to see what all the fuss was about and I made it about 20 minutes in before I turned it off and promptly ripped my television off the wall and smashed it on the ground.

Unless you’re a chick, I guess.

So, some Packers are in an unwatchable chick movie because… wait for it. They’re huge fans and asked to be in the movie!

Their scene is, of course, a sing-off, because that’s what all of the scenes in these movies are.

So, the premiere of this cinematic classic was Friday night and said assclowns turned up for it. The Packers also sent Larry McCarren to cover the event because… well, we have no idea.

It’s obviously major though, if you’re sending The Rock.

Here’s the scene. And yes, that’s Rebel Wilson there. She’s in the movie and we’re almost certain T.J. Lang is trying to get some of that action. 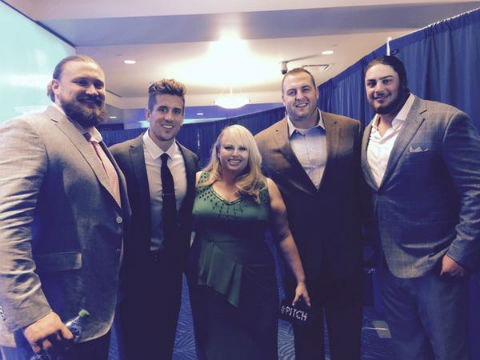 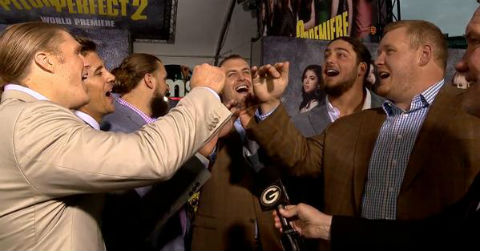 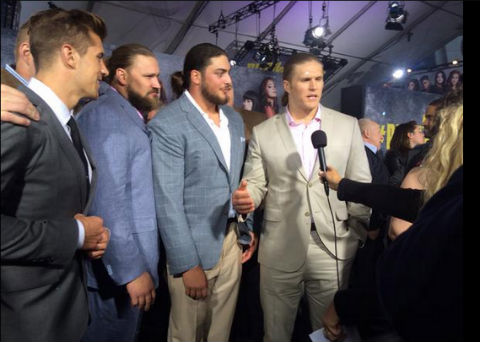 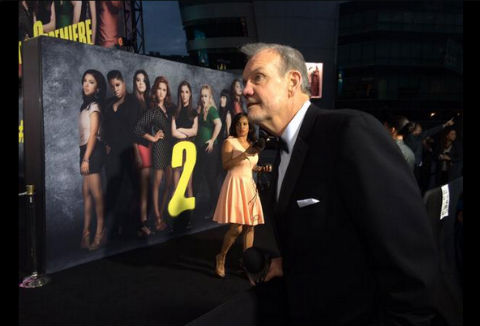