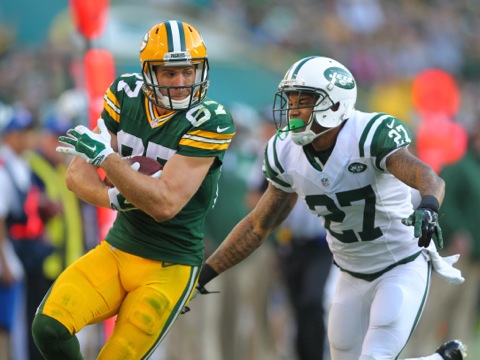 Training camp hasn’t even started and several Green Bay Packers are already dealing with injuries. The good news is, the coaches are saying none of them are serious.

We knew he had hip surgery following the Pro Bowl. Everyone, including Nelson, has said the procedure was just to clean some things up. However, we will point out that Nelson’s recovery time was projected to be six-to-eight weeks. If he had the surgery in early February, he’s obviously well past the eight-week mark.

Perhaps the Packers are just being cautious, but… this is our concern, Dude.

Hayward, who is supposed to compete for a starting spot at cornerback, has a foot injury that he says “flared up.” Whether that means it’s the aggravation of old injury or something that happened earlier this offseason is unclear.

What is clear is that Hayward will be out until training camp.

Sitton still has that torn ligament in his big toe. He suffered the injury in November and decided against having surgery to repair it this offseason.

A few other guys have also been non-participants in OTAs — linebackers Nick Perry and Mike Neal and defensive lineman Josh Boyd. It has been assumed that those absences are also injury-related, but mum has been the word from the Packers.

Previous Article
Of Course Clay Matthews is Happy!
Next Article
With B.J. Raji in the Middle, Letroy Guion is an End