Clay Matthews Has a Cameo in Entourage Movie

Just about every athlete on the face of the planet has some role in the Entourage movie, which will finally be unleashed on us next week. So, of course, Clay Matthews was in there.

Star of stage, screen and football games that are not the NFC Championship game.

Don’t get too excited. Matthews hasn’t trimmed his disgusting James Harden beard. This photo was just taken a year ago.

Unlike Pitch Perfect 2, Matthews does not have a speaking (or singing) role in this flick. 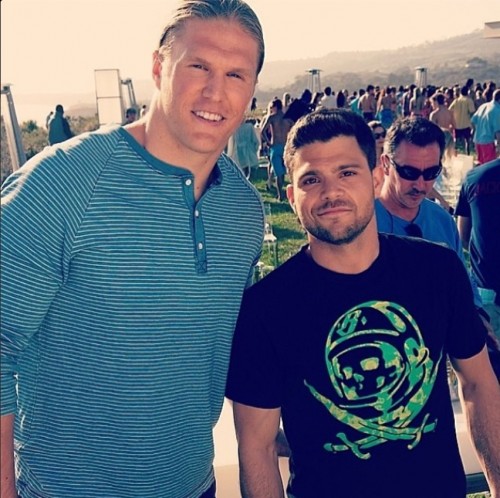