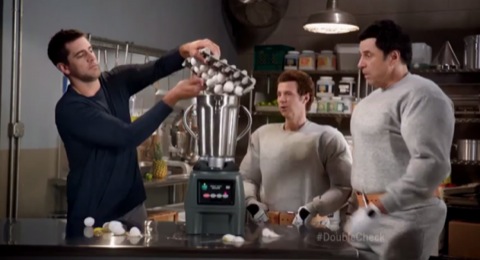 After his Celebrity Jeopardy! appearance aired on Tuesday, Jason Wilde asked Green Bay Packers quarterback Aaron Rodgers what else was on his bucket list (because apparently being on Jeopardy! was also a bucket list item).

Much of the bucket list had to do with golfing. Also included, was playing a game at London’s Wembley Stadium. The Rog can go ahead and make that happen, but only if he doesn’t remove a Packers home game to do so.

The top item on Rodgers’ list, however, was hosting Saturday Night Live.

And now that we think of it, why hasn’t this happened already?

Rodgers has two MVPs and a Super Bowl ring. Meanwhile, the Stiff Brothers, Fivehead and Eli, have each hosted SNL. So have Tom Brady and Joe Montana. Even Walter Payton, Deion Sanders and Fran Tarkenton have hosted.

So what’s holding this up?

Now that Rodgers has made the desire known, it has to be just a formality for this to come to fruition, right?

People Are Sure Aaron Rodgers Dropped an F Bomb Here