Your Spelling Prowess is Strong

Get this. The Wall Street Journal did a study, using Grammarly, where they sampled comments of 50 words or longer from every NFL team’s website and determined how many spelling or grammatical errors there were per 100 words. Green Bay Packers fans had the second fewest errors per 100 words, with an average of 5.1.

Washington fans, at 16.5 errors per 100 words. That really comes as no surprise here, considering it’s 2015 and they support a team with a blatantly racist mascot.

Now, we know you’ve been waiting for this.

Who do you think was worst among the NFC North? We’ve obviously already narrowed it down, but that doesn’t matter, does it? There could only be one answer here.

The stain on humanity that is the Minnesota Vikings fan base.

When it comes to ignorance, they always win! 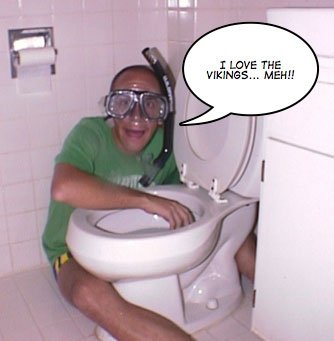 Previous Article
Is Shane Ray in Play for Green Bay?
Next Article
Clay Matthews is Now My College Roommate