Whitewater QB Matt Blanchard is Packers’ No. 3 for Now 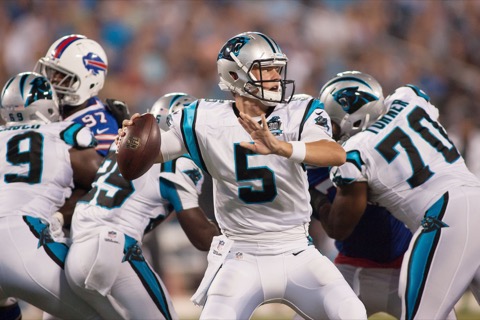 The Green Bay Packers will have a third quarterback around when they start offseason workouts next week and he isn’t Matt Flynn. He’s former UW-Whitewater quarterback Matt Blanchard.

CONGRATS to QB @Matt_Blanchard_ on signing with the @packers! Won 3 National titles at Wisc-WW! Previous seasons with @Bears & @Panthers.

Blanchard has been kicking around the league since 2012. He signed with the Bears after getting a tryout at their rookie minicamp and spent part of that season on their practice squad. In 2013, Blanchard was released by the Bears under and injury settlement during the preseason and was signed to Carolina’s practice squad in October. He was released by the Panthers in December of 2014.

In other words, here’s a local guy who maybe has a chance to make the Packers practice squad. There, he can follow in the footsteps of Packer greats like Graham Harrell and B.J. Coleman, who have been developed by the quarterback guru himself, Mike McCarthy.

That is, unless the Packers draft a quarterback. They’ve kicked the tires on Baylor’s Bryce Petty and adding someone like that to current No. 2 Scott Tolzien makes for a pretty crowded room.

On another note, you clowns who think the Packers are still going to bring Matt Flynn and his puss arm back — here’s another sign that isn’t going to happen.

If I were a wagering man — and I am — I would wager that Matt Flynn’s NFL career is over.

Mason Crosby Does the Soccer Thing with Michael Bradley