Time to Buck the Scalpers

by E. Wolf
in Uncategorized
14 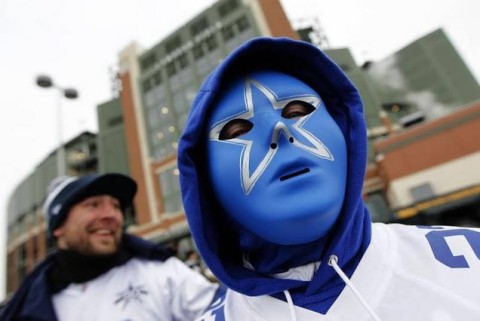 It is almost inconceivable that the Green Bay Packers could ever learn something from another Wisconsin sports team or take something from their playbook. The Milwaukee Brewers and Bucks are not the Packers, nor could they ever be. With 13 world titles and four Super Bowl championships the Packers are unrivaled in history and tradition of excellence. With a national and even international fan base, the Packers transcend petty regional affiliation.

Be that as it may, it seems the Packers could learn something from the Bucks, one of the more disreputable dregs of a league consisting of a handful of legitimate contenders, with the remainder relegated to the status of being one of many piker teams not unlike the hapless Washington Generals. Indeed, the Bucks are taking efforts to prevent ticket brokers from buying in bulk and reselling them on the secondary market at an inflated value. One Bill Wenz bought 25 playoff tickets and had his order rescinded because one was resold on StubHub.

Some may think this is un-American or otherwise in contravention to basic principles of contract law. When one buys something, he should be able to do with it as he pleases. And if the market bears drastic markup, more power to him. So the reasoning goes.

Except that in a contract one can enter into any number of stipulations or conditions that govern that sale. In the instance of the Bucks, they did just that. Their terms and conditions state:

Bucks tickets, including but not limited to Bucks season tickets, are owned by the Bucks. A Bucks ticket is a revocable license issued by the Bucks to the individual or corporate entity name that appears on the account of record. Breach of any of the terms herein and/or on the reverse side of the ticket shall entitle the Bucks to all available legal remedies. The Bucks reserve the right to revoke the license granted, in its discretion, by refunding the purchase price (emphasis added).

It is of note that such moves are not entirely unheard of. In 2012, the Chicago Cubs made a similar move, targeting season ticket holders who simply resell their tickets on the secondary market.

So what could the Packers possibly learn from this, a move made by the lowly Bucks? Very simply this: implementing similar measures would clear out entrenched Green Bay Packer season ticket holders who ostensibly are not fans at all, but just buy and resell to the highest bidder. Of course, that highest bidder may be a Vikings fan or a Seahawks fan, or any other sort of undesirable rooting against the Packers and for one of our many rivals, or even enemies. Removing these cutthroat opportunists would serve two purposes:

Doubtlessly, all Packers fans have noticed there are far too many Vikings fans in the stands, even when the team is not in real contention. There were also a disturbing number of Cowboys fans at last year’s playoff game and an embarrassing number of Giants fans in 2007, as just two examples of what should be an unsettling trend. Indeed, estimates indicate that some 40 percent of fans in attendance at the divisional round playoff game were Cowboys fans. Reigning in the number of ticket brokers and scalpers masquerading as Packers season ticket holders would help substantially curtail the number of such imposters.

Of course, it cannot be reasonably suggested that any resale of tickets on the secondary market should invoke revocation of season ticket holding rights, as the Bucks apparently have done. Not everyone can attend each and every game. As an example, the Cubs simply look for pervasive and persistent resell.

Additionally, weeding out the brokers (or scalpers) will help create incentive for things like Packers Partners, a fan club which costs $100 to join. Ostensibly, they offer face value ticket resale to members, but given the prevalence of sales on other secondary markets, this benefit — at $100 a head — is almost certainly a theoretical one only. Creating a realistic chance of obtaining tickets as a Packers fan through this venue would greatly increase the incentive in forking over the $100 to join, thus increasing its members substantially. This means more revenue for the team, which is what helps them win football games and fuels their glorious crusade to win Lombardi trophies each and every year.

Of course, the increasing prevalence of opposing fans is not all on the Packers organization. As I have written before, many of us are far too welcoming and kind to people donning colors that should make them, at the very least, persona non grata. But that is a subject for another day.

In short, selling Packers season tickets with a prohibition against rampant, abusive resale on the secondary market helps real Packers fans attend the games, which in turn helps the Packers win by fostering a formidable home field advantage. Additionally, if structured properly, such measures will put more money in the war-chest of the Packers organization.

Perhaps in this one instance, the Bucks lead where the Packers should follow.