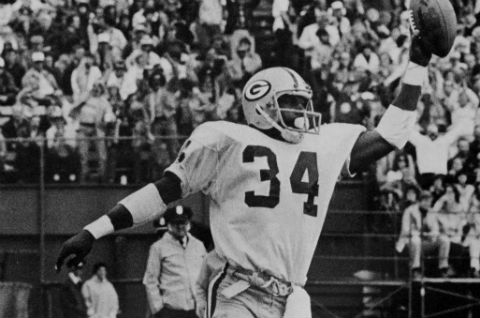 Most of you probably don’t remember Middleton. Hell, I only remember his name.

He played five seasons for the Packers from 1977 to 1981. Those were not exactly the glory years and Middleton wasn’t one of the Packers’ all-time greats.

He does fall into that bucket of guys — a bucket that Don Majkowski, for example, is in — that had one great season for the Packers though.

For Middleton, that season was 1978, when he ran for 1,116 yards and made his only Pro Bowl in just his second year in the league.

Unfortunately, from there it was all downhill.

Middleton rushed for 495 yards that year, the last he would be a featured back and the last he’d surpass 200 yards rushing.

With a better team around him, Middleton may have done something more.

As it is, he finished his Packers career 2,044 yards rushing and 15 touchdowns before going on to play two uneventful seasons with Tampa Bay.

He is just the fourth 1,000-yard rusher in Green Bay Packers history. The first three were a couple Hall of Famers — Tony Canadeo and Jim Taylor — and a Packers Hall of Famer — John Brockington.

Previous Article
Aaron Rodgers Had Some Fun with Randall Cobb
Next Article
So, Kelly Hall and Butterball Got Married