Packers’ Special Teams to Get Rebuild 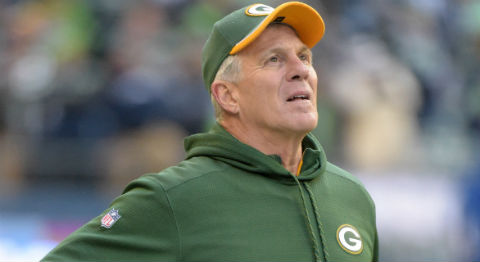 Though Packer brass would never admit to it, they are in full blown rebuild mode on special teams this offseason. For an organization that sometimes resembles our country’s current administration- Nothing to see here. Everything is going well. If you are upset about something, that is only because you are having knee-jerk overreaction to a 24 hour news cycle. Trust us. Now just sit back, relax, and pony up. Thanks.- for an organization like this, a statement that they are making changes is as close as they are going to come to admitting they are taking the wrecking ball to special teams.

We only need to look beyond the message Big Brother is selling into the nuts and bolts of the changes to know the truth.

Anytime major change is happening, it has to start at the top. Long time special teams coach and Packer Nation whipping boy, Shawn Slocum, is gone. Check. New coach, Ron Zook, is in. Sure, you can whine that Zook isn’t new but was an assistant under Slocum. Yeah, for one whole season. And Zook getting the keys to the car isn’t the only change at the top. Zook’s boss, Mike McCarthy, has said he is going to take a more active role with special teams this year. That is kind of like giving your sixteen year old son the keys to the car but saying, “I’m coming along.”

A new coach with the same players wouldn’t qualify as a major change. However, that isn’t the case here. Many past key members of the Packers’ special teams are out the door or likely going to be.

Davon House –  Signed with Jacksonville Jaguars because money, yo.

Kevin Dorsey –  Released for calling Packers’ cooking dog food? I don’t know. Better not pop up as a starter for one of our divisional rivals- cough! Charles Johnson- or I am going to punch someone in the face.

Jarrett Bush  –  Maybe resigned by the Packers but is unemployed as of now. Getting old, yo.

Tim Masthay –  May keep his job but will face competition in training camp this season. See Mason Crosby 2013.

That is ten special teams performers, plus Masthay, who are either gone or could be gone. That is what we’d call a rebuild.

It is possible that the Packers will finally play more starters on special teams, like they have suggested the past couple seasons. It is quite possible that the turnaround in the injury department might encourage that or help the coaches get over any hangovers related to the possibility of injuries.

OR the Packers will merely replace those specialists with new specialists. The Packers do bring back Chris Banjo, who would immediately become the Packers’ special teams “ace” if Jarrett Bush is not resigned, and the aforementioned Demetri Goodson certainly has the speed to be another top candidate.

However, two guys a special teams unit do not make. So, I expect one of the questions the Packer interrogators asked at the NFL Combine to perspective picks was- “How do you feel about playing special teams?” Since there aren’t a lot of opportunities for any of the guys drafted to start this season, they better be able to play some special teams.

If the Packers can’t fill their special teams that way, then I would suggest they put an ad in the paper.

Wanted. Special Teams players. Qualifications: Have played or at least seen an (American) football game at some point. Know your right from your left. Capable of responding to instruction. Capable of blocking during onside kicks instead of attempting to catch ball with helmet. No drug use (at least that we know of). No domestic violence. (In fact, closet gay with no kids preferred.) All around preference for staying out of the casbah required.