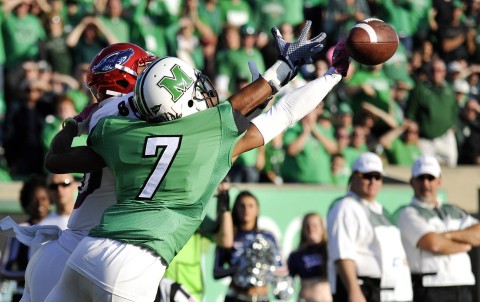 You were probably thrown off by that Bryce Petty pre-draft visit. The Green Bay Packers bringing in a potential third-round draft pick and all. Well, come back to reality because it’s back to normal operating procedure.

And that means the rest of the Packers’ pre-draft visits will be with guys you’ve never heard of or guys who will be lucky to get drafted at all. Because the mad genius Ted Thompson is going outsmart everyone else once again!

Here are the five latest names to join Petty in getting an all-expenses paid trip to Green Bay, Wisconsin.

Illinois tight end Matt LaCrosse. LaCrosse had 38 catches for 397 yards and six touchdowns in his four-year career with the Illini. He ran a 4.64 40. Obviously, not real big on the stats. But hey, the Packers need another Ryan Taylor-type around. You know, a guy they can keep on the roster for a few years just to play special teams and then release because, wow, he never really developed as a tight end.

Maryland defensive tackle Darius Kilgo. Here’s probably the most important thing — 6-4, 320. Kilgo had 37 tackles and 2.5 sacks in 2014. This made me laugh out loud — pad level is listed as one of his weaknesses. You know who loves to talk about pad level? Mike McCarthy. Big Ted should go get all the guys with bad pad level because Big Mike will coach ’em right up!

Marshall defensive back Darryl Roberts. Roberts had 75 tackles and one interception in 2014. More importantly, he ran a 4.38 40. Here’s a guy that might actually get drafted, although not until the later rounds.

Texas Southern cornerback Tray Walker. Walker is intriguing because he’s tall (6-2). The Packers have exactly zero corners that are taller than 6-0 now that Davon House has left town. He had 41 tackles and four interceptions in 2014. Ran a 4.54 40.

Behold, Half of the Hormel Chili Dome!

Behold, Half of the Hormel Chili Dome!