We know the Green Bay Packers will be rolling out some new throwback uniforms this season. They tipped us off to that fact when they started selling their old throwbacks at a discount in the Pro Shop.

So what could they possibly look like? Team president Mark Murphy has already stated that the new unis will be throwbacks and not alternative uniforms, the latter of which could literally be anything. That doesn’t leave the Packers with a lot of choices.

Green Bay’s uniforms have been relatively the same since 1959, when Vince Lombardi rolled into town and established the forest green jersey and gold pants ensemble you know and love. So, obviously, the new throwbacks would have to be a uniform worn prior to 1959.

Three options from that pre-Lombardi period are already off the table.

The Packers previous throwbacks, which first appeared in 2010, were based on uniforms worn by the 1929-30 squad. Those, of course, featured blue jerseys with the player’s number inside a gold circle on the front and tan pants. 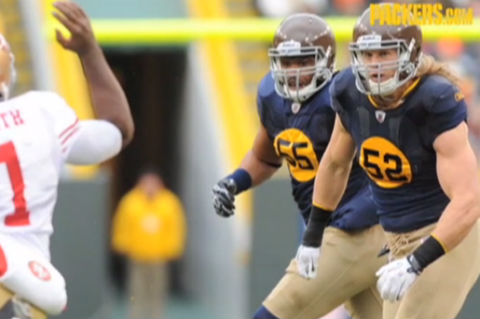 Also off the table are the uniforms the team wore from 1937-49. Those rather hideous creations featured yellow shoulders on a blue jersey with tan pants and were worn by the team in 1994. 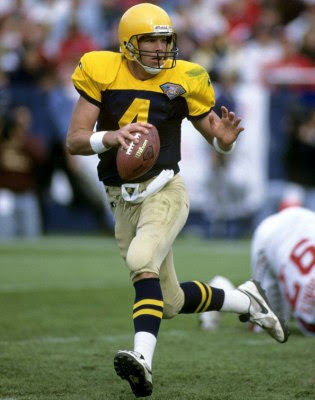 It would also appear that the Packers’ 1939 uniforms, which featured an all-white jersey with green numbers and tan pants, will be a no go. These made only a brief appearance back in 2001, but we doubt the Packers would recycle that idea. 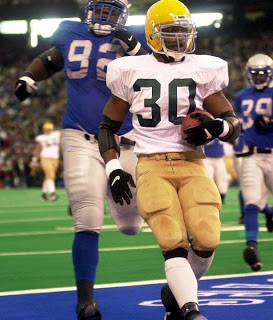 So where does that leave us?

One obvious option would be the uniforms worn by the team from 1946-49, which had gold shoulders and numbers on a white jersey. 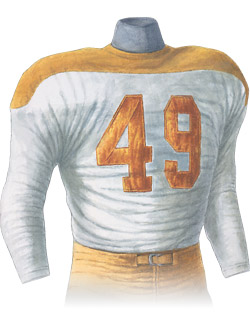 The other is the team’s uniforms from 1951-52, which showcased gold numbers on a green jersey. 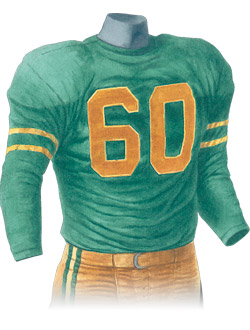 The only issue with either of these is this. If you know anything about Packers history, you know the Packers were mediocre-to-awful during those periods. The organization appears to favor uniforms that recall a glorious period in the team’s history.

So here are a couple of wild cards that only made brief appearances. 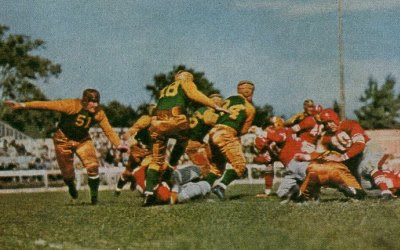 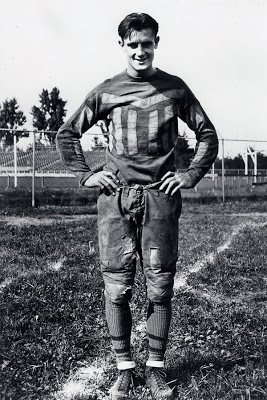 You probably can’t tell, but that’s blue jersey with gold stripes. The pants are also blue.

The Packers won their first championship in 1929, so right after they stopped wearing the jockey-inspired uniforms above. However, we have our doubts the Packers would choose a new throwback based on a uniform that appeared a year prior to the uniforms throwbacks they just got rid of were based on.

That 1936 team won a championship in those green jerseys with yellow sleeves. That makes them the frontrunner in our eyes.