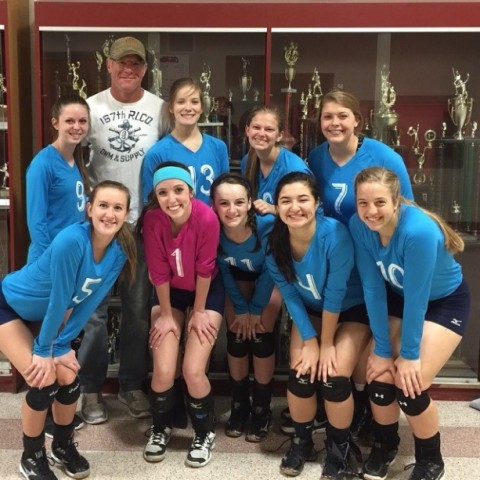 Yeah, maybe not totally creepy. It would be creepy if old man Brett Favre were leering at these girls lustily from across the gym.

It would also be creepy if Brett had a boner.

Thankfully, one of those girls is standing in front of Brett’s crotchal area, so we don’t know if Brett has a boner or not. We will go ahead and assume he does not.

We don’t exactly know who these girls are, but we know one of Brett’s daughters plays volleyball, so it’s a good bet this is her team. And hopefully, his daughter is the one who appears to be leaning against him in the back row.

Otherwise, this would really be weird.