Could the Packers Get Offensive in the First Round? 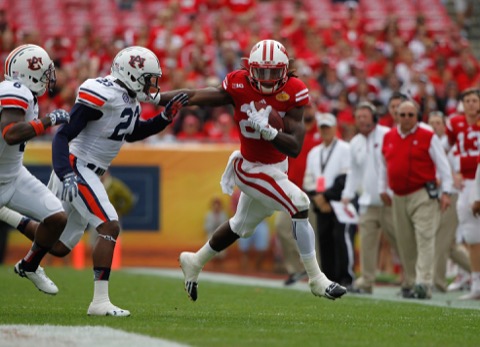 With the NFL Draft less than a week away, every member of Green Bay Packers Nation is trying to predict who GM Ted Thompson will take at No. 30 overall.

The Packers are in solid shape heading into next season, especially on offense. But, ostensibly, Thompson isn’t set on going defense in round one.

“You factor everything in,” he said in a recent pre-draft press conference. “But that doesn’t carry as much weight as it might with other organizations because they go about weighting those things differently than we do.

“There’s a certain amount of weighing in terms of need, but I am adamant that that’s not the way to draft. The way to draft is to take the best player.”

It’s the latter half of that statement that is intriguing and insightful. It’s also good news for fans knowing the team won’t overreach or, even worse, pick a need over what’s available.

Based on need, draft prognosticators have been putting the Packers on an inside linebacker or defensive back.

Inside linebackers Eric Kendricks (UCLA) and Stephone Anthony (Clemson) are getting plenty of attention as possible Green Bay first-rounders. Both players are solid choices, but some view them as second-round talents and the odds that Thompson sees one or the other as the best player available at No. 30 aren’t great.

If Kendricks and Anthony aren’t the best available, who will be?

It’s entirely possible that the answer to that question will be 6’1”, 215-pound Wisconsin running back Melvin Gordon, who can both gain yards after contact and be a legitimate home-run threat.

Yes, Eddie Lacy is still young and healthy, but imagine what adding Gordon into the mix could do for the Packers offense.

In addition to providing a phenomenal one-two punch with Lacy that would take pressure off the passing game, Gordon would act as an insurance policy that most teams can’t afford, but the Packers can.

Sure, the running back position isn’t as valued as it once was – which is the main reason why Gordon may still be available late in the first round – but that could mean a steal for the Pack at No. 30.

For those of you who don’t buy that Green Bay might use its first pick on the offensive side of the ball, I’ll leave you with some last, potentially prophetic words from Thompson.

“If you reach and take something that’s not quite as good, then you may not be getting the same value. I know you don’t believe that, but it’s true. That’s what we do.”

Aaron Rodgers and Randall Cobb at the Bucks Game